I needed a new, refreshed portfolio to house my latest work. Sure, I could have picked up a beautiful plug-and-play WordPress theme, paid a hosting service to setup my site with one click, and then used a plug-in to manage my content. But I decided to view this project as a learning opportunity. As an exercise, I wanted to write every line of code on this site, and I wanted to try out a few web development tools that I'd heard a lot about.

I chose this stack for one primary reason: rapid, lightweight prototyping. I wanted to see how quickly I could design and build this site without relying on bloated, feature-rich platforms like WordPress. I didn't need a data-rich, backend-heavy platform, and I didn't want to deal with things like comment spam and constant security updates. 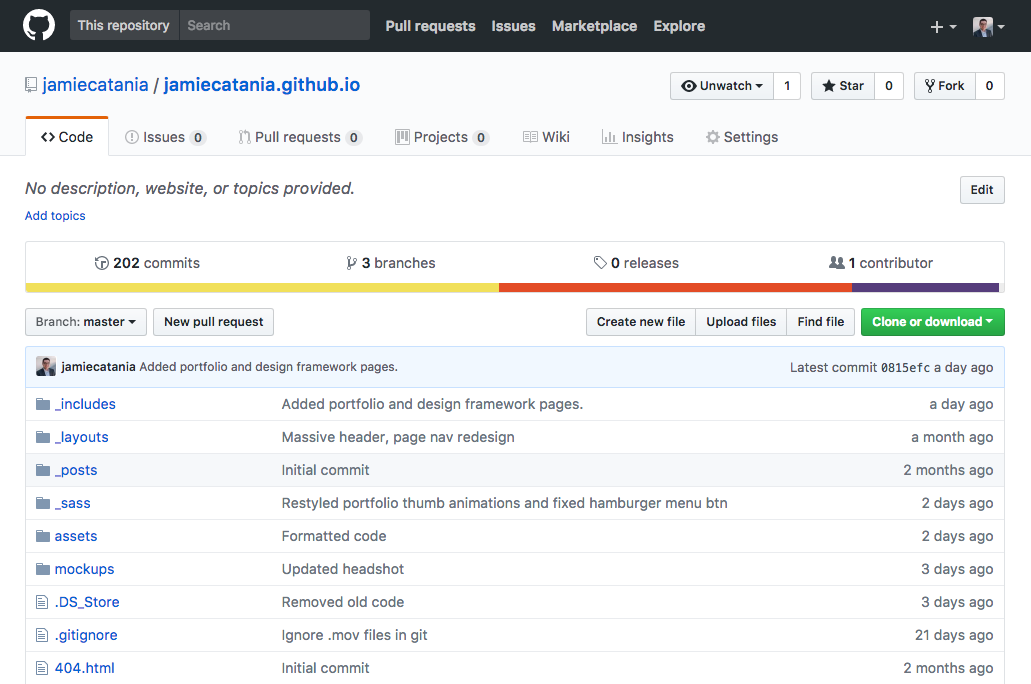 Bootstrap is an HTML, CSS, and Javascript framework that allows me to quickly add default-styled markup and interactivity to pages. The framework is extremely well-documented, and because it is so pervasive across the industry, support is nearly always one Google search away. As the project progressed, I found the most value in Bootstrap's built-in, 12-column grid layout. In particular, the grid made mobile responsiveness a breeze, reducing much of the need for CSS media queries.

Jekyll allows me to easily modularize markup and generate static site files. Initially, I began the project without a static site generator. However, I quickly found myself dealing with extremely long, difficult-to-navigate markup files. I needed a tool that would allow me to modularize and reuse sections of HTML. Since I wasn't generating site content dynamically on a server, a static site generator like Jekyll was my go-to option. In addition to the benefits of modularization, Jekyll operates on a templating language called Liquid. Using basic Liquid, I was able to inject custom data, like page titles and urls, into markup during site generation.

The code for this site is up on Github, so go ahead and take a look!